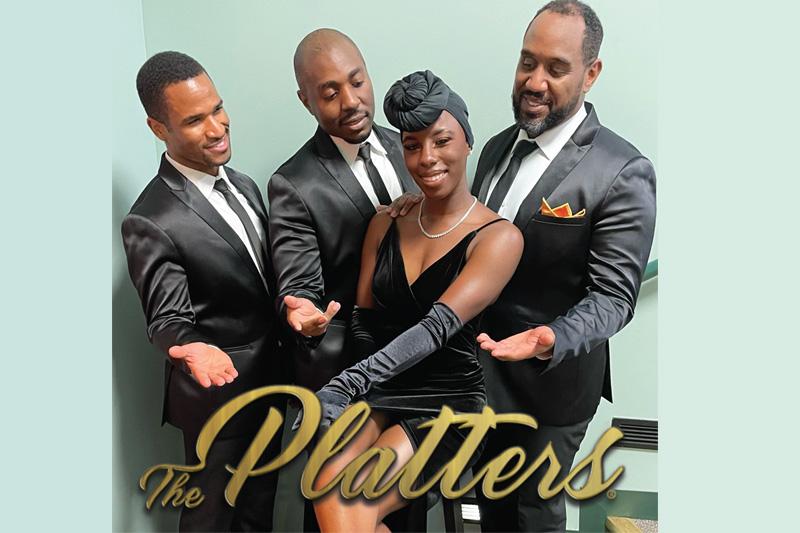 In 1955, Herb Reed, David Lynch, Paul Robi, Zola Taylor and Tony Williams crashed through the racial divide in the music industry paving the way for The Platters to become the first African-American vocal group to reach international superstardom!

The Platters debut single, Only You (and You Alone), launched the vocal group on the world stage.  The romantic ballad, based on the then groundbreaking Tin Pan Alley sound, became an instant hit with the public and would eventually reach number five on the Pop charts, pioneering the “new sound” of Rock & Roll as we know it today.

The follow-up single, The Great Pretender, propelled The Platters to the number one position on the pop charts, providing the launch pad for their meteoric rise as crossover artists. Both tracks have since been declared songs of the 21st century by the Grammy Music Hall of Fame.

In keeping with the founder’s wishes, The Platters continue to evolve and entertain music fans of all ages worldwide. With a solid foundation of multiple hit songs under their belts, thanks to the founding members, The Platters today, Lance Bernard Bryant, Omar Ross, Jovian Ford & Brittany Madera – all seasoned, veteran performers of film, stage and music from Broadway to Hollywood—continue to captivate audiences under the baton of Musical Director Michael Larson.

As evidence to the vocal groups enduring legacy, The Platters’ classic hit My Prayer was featured in a key spot on the Oscar-nominated soundtrack The Curious Case of Benjamin Button. In 2015, The Great Pretender was pivotal to a riveting “Russian Roulette” scene in FOX Television’s Emmy Award-winning series Empire.

The Platters Honor Roll of Hits:

The event is finished.